As I sit here pondering my breakfast and underwear choices, my barrister and my vicar are pondering my fate. It seems that Despicable Me 2 is not just a summer box office offering, but a mantra of sorts that I unwittingly assumed. My life is in flux and Her Majesty would have it no other way. I didn’t mean to break into that private Royal Court of Records; well, actually I did, I just never intended to get caught, I swear! I’m a reporter verdammt, not one of Borat-level notoriety, but a news reporter nonetheless and, under any circumstances, I must get my story. The story is what I was after. Now, they’re after me. Woe is me – woe, woe WOE is me. But enough about me; where are my manners?

Top of the morning to you, you precious bastards. It has been a rather eventful week around our lovely globe. Looking back, day-by-day, wouldn’t you agree?

Reggae music, which many would say was popularized by Bob Marley, has had its fair amount of ebbs and flows within the international music scene. However, many proponents of the genre saw their hope renewed with the most recent segment of America’s popular BET Music Awards ceremony. The 5-minute break from the R&B and hip-hop heavy evening consisted of Dawn Penn, Chaka Demus and Pliers, Beenie Man and Elephant Man singing familiar, though well-aged, reggae and dancehall tunes including Penn’s and Demus & Pliers’ 1994 hits, “No, No, No” and “Murder She Wrote,” respectively.  VP Records’ VP, Aaron Talbert, applauded the performances of Beenie Man’s 13 year old hit “Girls Dem Suga” and Elephant Man’s decade-old hit “Pon Di River.”  Talbert told The Jamaica Observer, “Seeing artistes such as Gabrielle Union and Nikki Minaj sing and dance to these tracks should spark some interest which we at VP hope will result in a spike in digital sales.”  It is currently unknown how that is a reasonable expectation as the pair mentioned are not seen on any wide scale as musical taste-makers. If the intent of the ceremony was to see a spike in digital sales or even interest, which it clearly was not, the musical offering should have been something a bit more current by artists who have current music available. It is suspected, however, that BET’s reggae ‘blip’ did not do anything that would have increased attention in this particular genre of music. Talbert also “hopes the positive reception will result in BET making their playlist more diverse.”

And Kate is still pregnant. 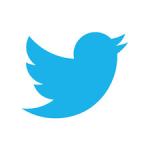 The world witnessed a terrible exhibition on Tuesday; it was horrific, devastating, calamitous, destructive, cataclysmic, appalling, grievous, heartbreaking, grim, pitiable, ruinous, unfortunate, woeful, and wretched, to say the least.  American actor Alec Baldwin has un-followed Twitter. It’s a tough blow to social media, but this is a time when we as a global community must come together and be strong for each other. Send us your tweets to show you care. 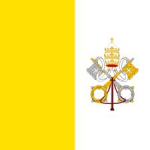 A Catholic Church committee in Vatican City approved making the late Pope John Paul II a saint.  Publicly, the bishops and cardinals who make up the committee attributed the grand decision to a healing miracle that occurred in 2011; privately, they attributed the decision, and actual miracle, to the fact that PJP had never molested altar boys prior to, or during his tenure. A miracle indeed. 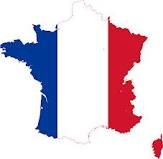 French prosecutors who charged leader of the French National Front party Marine Le Pen have seemingly awakened a sexy, sleeping giant. The French leader, who has now lost her immunity status, has vowed to defend herself against charges of inciting racial hatred after referring to the increased Muslim presence in France as “an occupation.”  Specifically, during a 2010 speech she said routine, illegal blocking of public roadways for Muslim prayers is comparable with an occupation of parts of French territory.  You were thinking it, but she said it.

Not referring to an official film selection at Cannes, but rather the current state of Egyptian politics. After defiantly telling his protestors to succinctly ‘bugger off’ as they called for him to step down from his presidential post, Mohamed Morsi was snatched up by the short and curlies by General Abdel Fattah al-Sisi and company resulting in the current suspension of the country’s constitution.  Adly Mansour has taken over as acting head of state.

Egypt’s first freely elected president is said to have started the drama by, what alJazeera calls, ‘failing the 2011 revolution by concentrating power in Islamist hands.’  So far, over a dozen people have died or become injured during the protests.

By the way, Kate is still pregnant.

En route to Bolivia from Moscow, Bolivian president Evo Morales’ plane was grounded and detained upon flying into French airspace.  What some have called an attempt to kidnap the Bolivian ruler, others have determined to be nothing more than a routine ‘stop & frisk’ in the search for drugs Edward Snowden.  Both Morales and Snowden have lashed out at the event, surmising that it was done at the behest of the Obama Administration, citing it as an act of aggression.

As you may recall, Snowden previously requested Russian asylum. Vladimir Putin extended the possibility of asylum to Snowden on one condition:

to which Snowden replied,

During the week, culminating by Wednesday into the US’ Stop Snitching campaign, we saw the US “whistleblower” still  in a state of  limbo within Moscow’s Sheremetyevo airport’s transit area. Since turning on his former employer, the US federal government, by exposing PRISM, an e-surveillance program used by NSA to access your internet communiqués, they have in turn revoked his US passport. He’s reportedly withdrawn his request for Russian asylum.

The Ecuadorian government has determined to only consider a request for asylum once Snowden has entered Ecuador or one of its embassies knowing full well that Snowden has no legal travel documents.

Meanwhile US President Barack Obama has reportedly been involved in “high level discussion with the Russians about trying to find a solution to the problem.” [Emphasis mine] Just a hint for dear Edward, just as in the mafia, when anyone in power refers to you as a problem, the only forward thinking conclusion is to exterminate you. Dear Edward, please watch your back.

Its Just Thursday ’round Here

This day marks a rather uneventful time in British history, but bears minute significance in United States history. Today, the Americans, nee ‘former Brits’ celebrate “Independence Day.” This is the day when that ungrateful little brat broke away from the mother country to form its own government by leaving us a note, the Declaration of Independence. Lets see how well they’ve been doing. The latest rows have been over yet-to-pass immigration reform, $600K USD spent on increasing the number of Facebook “likes” by the State Dept., Ed Snowden, and of course the delay in the new healthcare provision – all in the name of good old fashioned politricks. With all their shicky-micky doctors and their shicky-micky diagnostic procedures coupled with lack of vigilance against wasteful practices with care that ranks 37th in quality, its no wonder in America, illness = very high levels of expenditure = bankruptcy.

Well done America, well done!  Anytime you’re ready, I’m sure Her Majesty would welcome you back into the fold along with your tired, your poor, and your overfed-yet-undernourished masses.

When Pigs Have Badges?

In other news, though this event did not occur on Thursday, it came across the Its Always Sunny in de Morning news desk (basically my lap when I’m in the loo) on Thursday. This news event marks a harrowing tale of a young woman on holiday with mum and sister to the island of Trinidad in the West Indies. Her blog entry, “When Pigs Have Badges” drew me in on title alone. I love a good animal story. But this did not tell of kindly farm animals and farm justice; this was a news event of how Tameka Vasquez and her travel companions are currently out on $65K (TT) bond facing 6 months in prison and $13K (TT) in fines. Either the story betrays an egregious level of human rights abuses or there is more in the mortar than the pestle. I can’t really tell as I am facing my own row against injustice now, but her tale is worth a read.

On its face, it would appear to be a misunderstanding exacerbated by impolite speech, but as is understood, 3 sides of a story always exist – yours/mine/the truth.

US Embassy on Achy Breaky Ground

President Evo Morales released a threat to shut down the US embassy in Bolivia in response to this week’s earlier stop and frisk. (See above) President Morales was quoted as saying, “My hand would not tremble to close the US embassy. We have dignity, sovereignty. Without America, we are better off politically and democratically.”

Well, Obama, I guess he told you. Meanwhile, France has apologized for the incident, while Spain refuses, citing, “#FOH.”

In other news, Ofcom has fined an Asian television channel for airing a speech that it says would “likely encourage the commission of a crime.” The Islamist scholar, reportedly said, ‘Muslims had a duty to kill anyone who insulted the Prophet Muhammad.’

While DM Digital, available on Sky in the UK and satellite platforms throughout Europe, the Middle East, Africa and Asia, accepted responsibility for violating broadcasting codes, it insisted that it was an accident.  While being forced to tighten up its editorial guidelines and dismiss those responsible for the show’s content, the station admitted, “7-second delays are for punks.”

I know you mad but so what?
I wish you best of luck
And now I’m bout to throw them deuces up

That’s a wrap on this week’s global news roundup – CHEERIO!  Be sure to check out Amy Winehouse: A Family Portrait at the Jewish Museum now through September.

And remember darlings, the world is not going mad; its GONE mad. Enjoy the weekend, and rest up for the week ahead. It should prove even more stimulating than this one.  #GodSaveTheQueen