CARICOM, Suriname and Haiti Sue the UK for Illions and Illions in Reparations

There’s no better time to collect on a debt than during a recession. Represented by Leigh Day – a Brit law firm (no irony there) – CARICOM, alongside Haiti and Suriname, have filed suit against France, Britain, and the Netherlands for reparations. The lawsuit filed seeks unspecified damages for the slave trade, resulting in what CARICOM says is persistent poverty that pervades the nations today.

At the very least, Haiti is entitled to some sort of unending financial compensation as France so royally screwed them sans lubricant following France’s defeat during the uprising that resulted in Haiti’s independence.  Imagine being required to pay reparations to French slaveholders for the impact your freedom would have on their economy.

No word on how the UK will respond, but sources close to the matter expressed disappointment in the lack of gratitude exhibited by CARICOM and its constituency for all their former colonisers have done for them, namely first world civilization, lending itself to a better life than they would be experiencing had they been left to their own devices in Africa. “They were rewarded with citizenship in some of the greatest nations established on the face of the earth.”

It would be easier for the Victoria Beckham to eat carbs than it would be for Britain to pay reparations as – brace yourself – the Queen Mum is broke! Not Martha Stewart broke, MC Hammer broke. Yes, that’s right lovelies, no mas dinero.

Recessions and economic crises are no respecter of persons. Even Royals go through lean times. 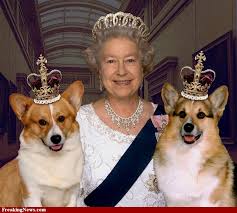 The aging monarch is said to have shifted her focus from the national economy to that of her personal pan handling campaign after she spent all her money on Adwords with only 14 clicks and no conversions, reducing her disposable cash to almost nothing. As a result, the wonderfully unsuspecting BritCitz have decided to give HRH a pay raise – of 22% as a royal stimulus package. Poor ting, she is said to be down to her last £1M in savings. That means that Rhianna has a net worth higher than Her Majesty.

Honestly, how is a Royal supposed to maintain a palace and a castle with such an allowance? That Sovereign Grant is not even enough for the cucumber sandwiches with the crust cut off, especially with almost £20M going to her dutiful staff of 436 precious bastards; those making over £21K have not received a pay raise in 2 years in a cost-cutting measure.

The economic stimulus is said to bring her a mere £37.9M to run her summer and winter palaces as well as finance her travel and accommodations locally and abroad.

American comedic actor Craig Robinson was deported from the Bahamas this week following his SECOND drug bust. America news outlets are humbly downplaying the incident as ‘minor’ by describing the amount of The Divine Herb Robinson was carrying as ‘small.’

Robinson was on the island paradise performing Craig Robinson LIVE at Atlantis. He reportedly told the magistrate that he did not know ganja was illegal in the Bahamas.

News outlets report that Robinson, who was apprehended with ½ gram of The Divine Herb and 18 ectsasy pills, ‘looked calm.’ Of course he looked calm; he smoked a grand bag of ganja chased by an undisclosed amount of happy pills. By the time he was apprehended, all he had left was a ½ gram. In paying the $1K fine, Robinson avoided a 4 year term of incarceration.

5 years ago Robinson was arrested for possession of ecstasy and meth, however the charges were dismissed following Robinson’s completion of a diversion program, which obviously did not have any lasting effects. 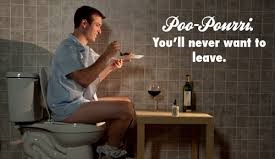 Spritz Before You Shit, PooPourri Voodoo Makes Poo in the Loo Smell Like Roses

Yes friends and countrymen, a product exists that removes the signature smell of your shite and replaces it with happy, warm, inviting fragrances, hiding what you’ve actually been doing on the crapper for the past 30 minutes – playing Battle Shit.

Available for about £20 you too can trap a crap like a boss, or just shit pretty.

I personally think its wrong to remove the natural smell of shite for a prettier smell. If I want rose or orange scented shite, I’ll eat roses with my mimosas. Completely deceptive. After it comes out of that long, dark tunnel, its supposed to smell like toxic waste, not like an afternoon at Grandma’s. But you can’t go by me, there are already over 4M vials sold.

Perhaps its intended for shitting in public arenas… 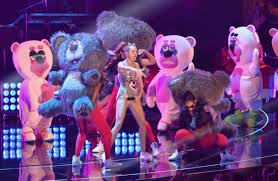 After being cast as a backup dancer for that Cyrus girl based on her diminutive stature and of course dancing ability, “Dancing Bear #5” (nee Hollis Jane) is experiencing what some would call post-check-clearing-regrets.

In an effort to ‘break into the industry’, Dancing Bear accepted the role with ‘great hesitation’ but admits the money looked too good to deny.  Hollis is now being singled for what some are calling faux outrage at being objectified for her height. Hecklers say what she claims to only have discovered now she should have figured out during rehearsals.

In reading her blog, A Bunch of Dumb Show – On Being a Little Person, in its entirety, she just seems to be suffering from the Life in LA Blues, where an actress struggles for years on end trying to ‘make it big,’ We all know Hollywood is given to the young/young-looking, tall, blonde with ever-inflatable boobage. So my advice to Dancing Bear #5 – keep going; you’ll get there one day and swallow you’re regret. Bills will always need to get paid.

That’s a wrap on this week’s global news roundup – CHEERIO!

And remember darlings, the world is not going mad; its GONE mad.

Enjoy the weekend, and rest up for the week ahead. It should prove even more stimulating than this one.  #GodSaveTheQueen